A new issue of GamesTM appeared last week, the final one in which I’m credited as editor. In spite of the hassles that came with waiting for various post-GDC interviews to come through, I’m rather proud of how the magazine turned out, especially the cover feature. I’m less pleased about the cover itself. The main coverline was originally “The VR Revolution Will Resume Shortly”, hence the test card, but that line was deemed “too clever” and a last-minute change was insisted upon by the direktors. Mission accomplished: it is now deeply unclever. Oh well. 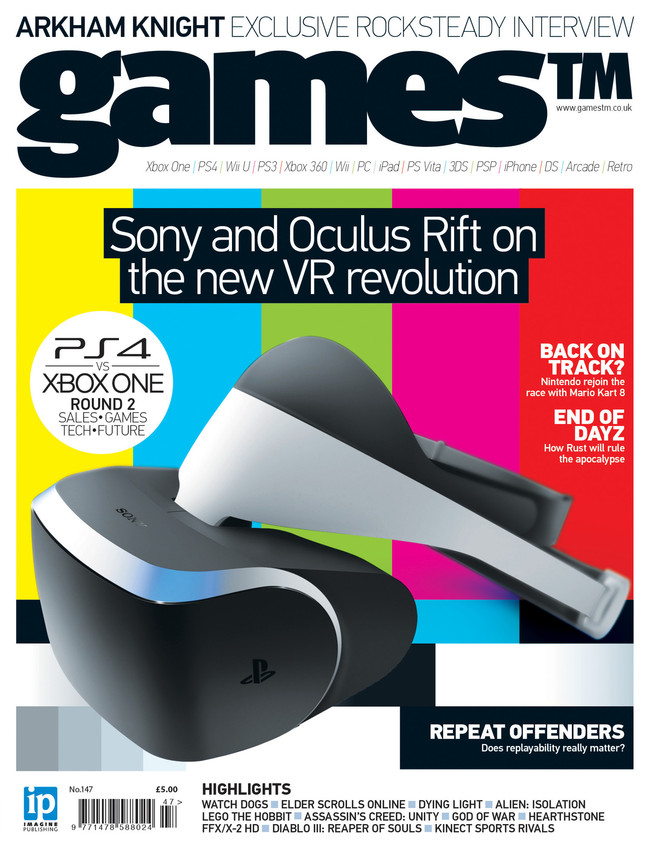 You know that dream job I mentioned, well it ended up being a bit of a nightmare. Imagine Publishing decided it no longer required my editorial services at (pretty much) the same time as I decided I’d be happier taking them elsewhere. I think for both parties the realistion that we weren’t a good match dawned a good few weeks back, but we were polite enough to see out the three-month probationary period in case there was a change of heart. While I would have accepted an extension to the probation on the basis of having very else little lined up, concluding the relationship was preferable to being locked into a three-month notice period. In any case the thought of not having to sit in another Tuesday morning “cover meeting” brings me more joy than I’ve known all year.