One month to go until CCP start shipping the Eve Online (feat. Dust 514) box of lovelies, which means just a couple more weeks until I get to see the Into The Second Decade book in the flesh, so to speak. To be honest I was sick of the sight of the thing after six months of working on it (which for me is par for the course after every deadline), but it’s been a couple of months since it went off to production and I’m quite keen to flick through the final product and find out what people think about it.

It was rather an honour to be asked to chronicle ten years of Eve Online and I hope I get the opportunity to do so again, assuming I and the game make it safely through another decade. Going on my performance in this promo video, I suspect my services will no longer be required.

The narrative that follows your typical mass killing tends to go one of two ways, either the perpetrator is discovered to have Muslim tendencies and people suddenly rally around flaccid symbols of freedom and democracy, or a copy of Call of Duty / Battlefield / Doom is found at the guy’s flat and a sinister love for pixelated violence becomes the favoured cause of his murderous frenzy. The speculation over the Navy Yard killings a couple of days ago, during which 12 people were tragically killed, is currently following the latter.

I only tuned into the news yesterday and the one and only report I saw focused on the killer’s like for first-person shooters. By happy coincidence crime spree simulator Grand Theft Auto V was released that very same day, which made the connection between guns and gaming even easier to make. ‘Here we go again’, I sighed. ‘Tomorrow the newspapers will be gunning for games and John Walker will be forced into making an entirely reasonable call for sanity’. And lo it has come to pass. 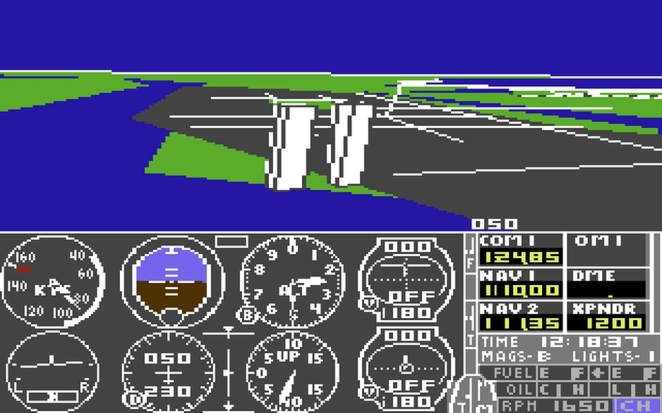 Unlike Mr. Walker I long ago gave up on challenging the lazy assumption that journalists make in trying to blame the ills of the world on violence in games. I remember in the wake of 9/11 when a news reporter called up the PC Zone office so that we might help substantiate a rumour about how Microsoft Flight Simulator 2000 had apparently been used to tutor the hijackers on the fundamentals of flying aircraft into buildings.  What he wanted from us was a screenshot of the World Trade Center looming large in the digital cockpit. He was politely told to go away, not because his story lacked merit, but because the assumption was being explicitly made that had MS Flight Sim not been widely available, the hijackers would have been less able to carry out their terrible deed. To borrow Mr. Walker’s phrase, correlation was being reported as causation, as a subsequent headline linking in the 7/7 London bombers made abundantly clear.

That was 12 years ago and little has changed in the way games are often wheeled out as the bogeyman for all manner of societal distress. I don’t doubt that games can be a very literal guilty pleasure – riddled with misogyny as many are – but by accepting the blanket vilification of games as part of the process of the reporting of mass murder, those of us that do little more than mock laziness and incompetence are perhaps as much a part of the problem as those commissioning it. Then again, when the choice is between playing one of the most highly anticipated games in recent years and trying to fight stupidity, I know what I would rather be doing.

Edge have just published their Grand Theft Auto V review. I haven’t read it yet, but I’m looking forward to doing so just as soon as I’ve posted this. What I did do was scroll through the text to find out the score. I’m sure a good proportion of their readers do the same. In my case it’s more than impatience and curiosity: I actually rather like scores.

That number at the end of a review may be arbitrary to some people, but I can think of no better climax to a review than a couple of bold digits. It’s a statement, made all the more powerful when the publication has worked hard to protect the significance and integrity of its review policy, by which I mean giving average games a median score and only the greatest games the highest. In Edge’s case there are famously only 16 games that over the last 20 years have scored a perfect 10 – GTA IV  and V are the ninth and sixteenth respectively.

I’m not ashamed to admit that for me the score has often been the most difficult part of submitting a game review. It doesn’t just summarise an opinion down to its briefest possible form, it places the game against its peers and predecessors, siblings and successors. It’s the only part of the review that helps form part of a larger picture – a mosaic of opinions, if you will. Just because it’s the most reductive part of the review,  it shouldn’t be dismissed as the most subjective or meaningless.

As to whether GTA V is any good or not, I shall endevour to find out for myself when the next-gen properly arrives.

I don’t normally do podcasts, due to an inability to communicate in real-time without the aid of a couple of Hoegaardens, but when an old Zone chum was let down by a succession of mildly important gaming chaps and needed someone on the lower rung of his friends list to step into the breach in discussing the gaming news of the day in a vague Have I Got News For You-style format, I was only too happy to help out.

Behold, an episode of the Level Up Videogame Podquiz from a couple of weeks back. Featuring me and some other people:

I have so many games to catch up on I’m starting to question whether I’ll ever manage to get through them all. I’m not just talking about the dozens of titles I’ve picked up in Steam sales that I know deep down I’ll never properly play, but as someone who claims to be an expert in the field there are games I really should have completed by now.  Games like Mass Effect and Dead Space, neither of which I’ve made a concerted attempt to finally complete, in spite of them being right up my gaming alley and boasting multiple sequels and add-ons that I’m keen to get through. Hell, I’m still on the first Assassin’s Creed for chrissakes! 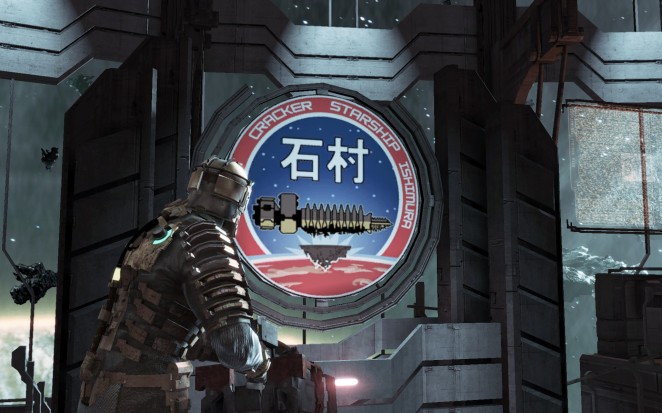 Once more onto the bridge…

In my defence I’ve had a severe attachment to Eve Online for many years (and in the last year its PS3 spin-off Dust 514), but that’s a fairly lame excuse for someone in my line of work. So from today I’m going to make a pledge to not just tinker with games until I think I’ve grasped their character, but to know them inside and out. I shall start with the aforementioned Dead Space trilogy, because with a six-week baby keeping me up most nights (though not nearly as much as she should), the sleep deprivation should add considerable flavour to the adventure.